The Power of Network Effects 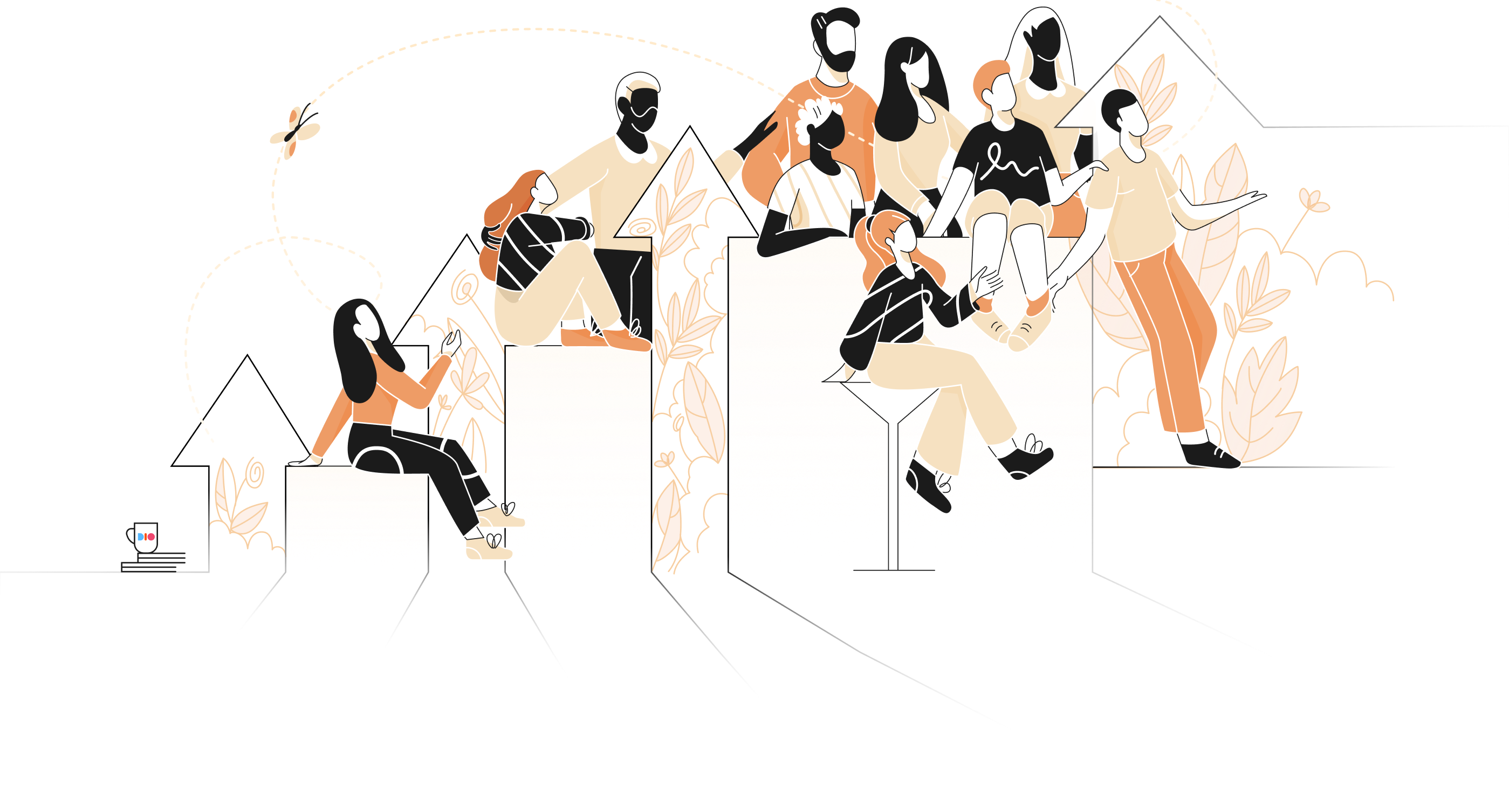 Subscribe so you don’t miss our next post.
Thank you! Your submission has been received!
Oops! Something went wrong while submitting the form.

Innovations in infrastructure, frameworks, and no code tools like Bubble and Webflow have made starting a business on the Internet more accessible than ever.  As a consumer I love it. As a business owner it's depressing... seems every week I discover a new GiveForms competitor.

My GiveForms team and I are constantly brainstorming product ideas to stay ahead of our competition. Defensibility is usually at the top of the list when prioritizing our roadmap. New functionality is an important part of growing a product, but the reality is anybody can copy a feature.

I wrote this article after going down a rabbit-hole of blog posts and YouTube videos in search of ways to make GiveForms more defensible.  We have 1,000+ customers and new signups daily.  The goal in my research was to discover a way to leverage our new user signups to drive inherently more value to all of our customers, aka a “Network Effect.”

A network effect exists when adding new customers increases value to your existing customers.  The more customers using your product, the more valuable your product becomes.

Social media platforms like Facebook and Twitter are obvious examples. The more people engaged on these platforms, the more valuable and sticky the platforms become to all users.

Facebook, Google, Amazon, are all hitting record valuations, surpassing long-standing corporate titans at an unprecedented rate. The common thread across these new record setting companies: these are all businesses with powerful network effects.

Network effects create strong competitive moats around a business, making it extremely difficult to compete against. Network effects tend to emerge alongside fast growth, which usually translates to a dominant share of the market. And businesses with the highest market shares tend to beat out competition. As the size of the network expands, costs increase linearly, while value increases exponentially.

The implication is that industries influenced by network effects will have fewer, extremely dominant players. Over time these companies will grow larger and more powerful. We see this playing out in real time with tech companies having higher valuations and more power than any corporations in history.

Network effects are one of the most highly valued traits by investors because they can result in monopolies and winner-takes-all scenarios. For founders looking to build impactful, sustainable companies, there are few areas of expertise more valuable than an understanding of and ability to implement network effects.

Are all used between people for communication. The more people begin to use these services, the more you have to adopt them if you want to be a part of a social group.

In each of these examples, a user is registered by his real identity information, and his own reputation is at stake by using the network. This means users are incentivized to post thoughtfully, adding value to everyone on the network (in theory at least).

Marketplaces are dependent on both buyers and sellers.  One side is there for the other and vice versa.  Competing against an established marketplace is difficult unless you can offer an alternative with: 1. more buyers and sellers 2. and additional value for both parties.

The downside of marketplaces is that sellers aren’t restricted to listing items on a single marketplace.  Landlords can list their vacant apartments on Zillow, Trulia, Redfin, and Apartments.com simultaneously.  Sellers can list items on both Etsy or eBay.

Data network effects occur in a product when data is automatically collected from each user, and the product improves as more data is added.

Tesla’s autopilot feature is an example of data collection creating a competitive moat.  Their Autopilot systems have been sending massive amounts of driving data and Autopilot camera video directly to Tesla.  Tesla continuously analyzes this data to iteratively improve their self driving capabilities via updates.  Because of their head start, it’s going to be challenging for competitors to catch up.

Indirect network effects occur when complimentary goods are created as a product's usage increases. For example, the more people that use an iPhone, the more accessories will be available because accessory makers want to target the largest available market.

Creating a Network Effect Without a Network

The network effect examples above are companies with millions of users. But if you're a company in early stages, your user base is likely too small to create a network effect.

Build a Tool that Evolves into a Network

Chris Dixon outlines a strategy titled Come for the Tool, Stay for the Network. The idea is you gain momentum by building a useful tool, then over time evolve the tool to include a network where users add and derive value from one another.

Figma is an example of a tool evolving into a network resulting in dominance. For years, Sketch had been the premier tool for UI design professionals. But it's a paid native Mac app, there are significant barriers to simply opening a Sketch file. Figma recreated Sketch in the browser and offered a powerful free tier, making it accessible to anyone with a web browser. Later they introduced a Share button, making it simple to share work while introducing others to the platform. They've recently launched several community features offering free design resources with curation, followers, and profiles. This adds  value to designers who can use the platform to promote their work, and also gives anyone access to high quality design resources. These powerful network effects have been key drivers to their explosive growth. In April 2020, Figma closed their series D at a $2 billion valuation.

Instagram began as a free, unique photo filter app that made it easy to share photos on Facebook and Twitter.  Their network started out small, so they piggybacked off existing social networks to grow their audience. As they grew, they added sharing on their own platform to keep people on their platform instead of redirecting to others.

Network effects can lead to market dominance, but being on top often breeds complacency. Don't allow dominant marketshare to lull you to sleep.

Craigslist's network effect remained strong for over 2 decades after their launch. But in 2019, it faced a historic drop in revenue of nearly 27%. While still  profitable, its broad marketshare is being eaten away by specialized niche competitors. The platform's user experience to this day has barely evolved and one of the major pitfalls of the platform, security, has yet to be addressed.

Facebook Marketplace may be the nail in the coffin for Craigslist. Facebook boasts a drastically larger user base, is integrated into a tool people already use, and improves security through buyer and sellers profiles. It brings more buyer and sellers together while also offering added convenience and security.

Building Your Own Network Effect

Every entrepreneur building a business on the Internet should be thinking of ways to incorporate a network effect from the start. Frankly I wasn't thinking about it when starting GiveForms and wish I had been. None of the above network effects are incredibly original—companies are borrowing ideas from each other all the time.  My hope was that by studying how other companies did it, it'd spark inspiration for how we could replicate that success ourselves (we have a few ideas, but nothing to share yet).

Hopefully you found this guide helpful. If you did, consider sharing it with a friend or on your network. If you have any feedback or questions, you can reach out via Twitter.

Back to our Insights Blog

You're awesome! 😁  We'll be reaching out soon.
Oops! Something went wrong while submitting the form.